Have you ever noticed the unicorn on the U.S. cover of Harry Potter and the Sorcerer’s Stone? 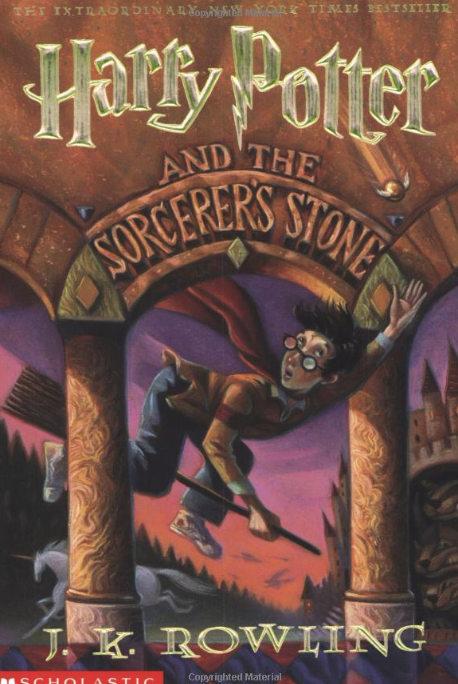 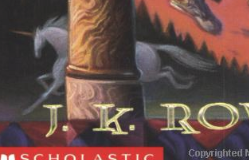 The presence of unicorns matter in signaling the quality of Rowling’s worldbuilding but the unicorns themselves don’t matter so much. BUT WHY?

One of the best things about J.K. Rowling’s fantastical universe is her attention to detail. If you ended up in Diagon Alley or Hogsmeade or Hogwarts, you would probably know exactly where you are going to go, who you are going to talk to, what you are going to eat. Moreover, you feel the atmosphere of the places, you can hear the accents, you can taste and smell the food. But more than simply participating in a wizard-based consumer culture, you know that the nature of the wizarding world is different. The plants and animals all have weird, distinctive names, characters, qualities.

Well, except for the unicorns.

I suspect the marginality of Rowling’s unicorns have to do with their unalloyed goodness in the series. Rowling is at her best when she deftly layers the qualities of characters and creatures. For example, Hagrid is a good friend and a bad teacher, a loose-lipped tippler and a man of integrity. Hagrid loves dragons, though dragons seem incapable of loving him back. Who can forget Hagrid indulgently cooing “Norbert! Where’s Mummy?” at a hissing, fanged, fire-breathing infant dragon (PS 253)? Oh, Norbert!

In fact, Rowling’s dragons form a good point of comparison to her unicorns.

In Fantastic Beasts and Where to Find Them (the book), we discover a whole swathe of dragon types that vary according to climate and geography. The dragons, like the candy at Weasley’s Wizard Wheezes or the students of Hogwarts, are complicated even as they cleave to general cultural ideas of breathing fire and being carnivorous. Beyond what Newt Scamander tells us in Fantastic Beasts, we also know that there are dragon sanctuaries where the animals are protected, a necessary precaution when their flesh, blood, and heartstrings are obviously in demand. (How many wands can one dragon heartstring power? I hope many – otherwise, are we looking at a farmed dragon vs wild dragon industry problem?) Anyways…

By comparison, there’s only one paragraph on unicorns:

The unicorn is a beautiful beast found throughout the forests of northern Europe. It is a pure white, horned horse when fully grown, though the foals are initially golden and turn silver before achieving maturity. The unicorn’s horn, blood and hair all have highly magical properties. It generally avoids human contact, is more likely to allow a witch to approach it than a wizard and is so fleet of foot that it is very difficult to capture. 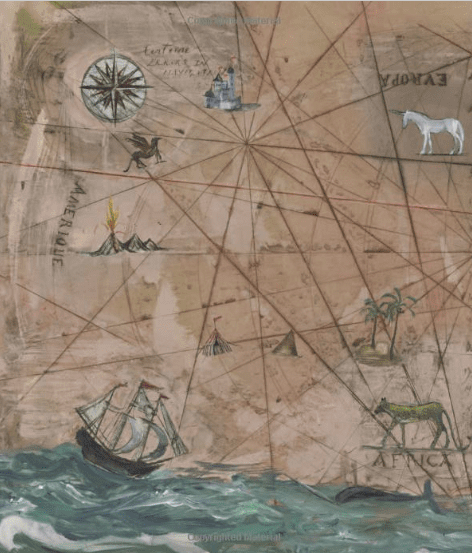 Check out how marginal this unicorn is, in the inner cover of the new (gorgeously illustrated) Fantastic Beasts.

Unlike the information about dragons, which expands beyond what we learn about them in Philosopher’s Stone and Goblet of Fire, everything here toggles efficiently to information we know from the books without providing more. I think the adjective “beautiful” says it all. Perfect beauty is not interesting. Perfect beauty is passive, an object of admiration. Therefore, unlike the dragons who can clearly defend themselves, unicorns seem total defenseless in Harry Potter and the Philosopher’s Stone:

“It was the unicorn all right, and it was dead. Harry had never seen anything so beautiful and sad. Its long slender legs were stuck out at odd angles where it had fallen and its mane was spread pearly white on the dead leaves” (PS 275).

This description could as easily be of a dead blonde at the beginning of a police procedural or a true-crime story. The real interest isn’t in the victim (who need only be pretty enough to be snag our attention) but the murderer, whose evil fascinates and captivates. This unicorn is a total victim – possibly of werewolves, definitely of Voldemort – but also, probably, of wizard culture. I mean, if they’re so difficult to capture, how are all the unicorn-hair wands being sourced?

The only other time unicorns feature in the books is in Goblet of Fire, when they become the object of what constitutes a “proper” Care of Magical Creatures curriculum as opposed to the “monsters” the students are used to dealing with (383). It seems like part of the issue is the strongly feminine association with unicorns. Parvati and Lavender’s reactions are recorded as emblematic of girly unicorn love (379, 383), going into “transports of delight” (420). Because they “prefer the woman’s touch,” Grubbly-Plank and the girls do all the hands-on learning, “leaving the boys standing near the paddock fence, watching” and getting into arguments (380). Harry, as a boy, can’t bond with the unicorns, so we can’t either.

Unicorns seem to have a squee-factor that Rowling dislikes. For example, unicorn foals are so adorable that “even Pansy Parkinson had to work hard to conceal how much she liked them” (420). I just want to pause here and go on a tangent.

Pansy Parkinson loves unicorns – or at least she likes them so much that we see her social mask crumble for a moment. Her complicated enjoyment of unicorns is possibly the only nice thing we know about Pansy. Otherwise, she’s Draco Malfoy’s maybe-girlfriend and notoriously unattractive and a vulgar bully. (Tangent: She’s horrible. Really horrible. But I wonder what it’s like when even the narrator says you have “a face like a pug” and you spend your time simpering and running after Draco, who though equally mean, is much better looking (PA 101). SO. I have a fanfic idea where she realizes her insecurity about her looks is what makes her lash out at other people and Draco will never love her back [Pottermore states that he ends up with someone else, confirming my suspicions of weird dating dynamics]…so she decides to turn a new leaf and becomes a unicorn researcher under the mentorship of Professor Grubbly-Plank. After a unicorn research fellowship in France, she tries to apologize for being awful but has to live with the fact that people don’t have to forgive her. Maybe she becomes the next Magical Creatures teacher and becomes the Head of House for Slytherin, trying to redirect their ambition in positive directions? But that’s neither here nor there. Clearly, it takes a lot of legwork to redeem someone like Pansy Parkinson.) If unicorns can make Pansy Parkinson less of an opaque fourth-rate villain, then maybe Slytherins only need some unicorn therapy to make them redeemable. And that draws attention to one of the big weak spots of the series, namely the tendency to make a quarter of the student population seem irredeemably bad despite the moral nuance given to everyone else. So we need to look away from unicorns and from their apparent ability to work their own subtle magic on Pansy.

I think Rowling’s own feelings about unicorns align with Hagrid’s: “It turns out that Hagrid knew quite as much about unicorns as he did about monsters, though it was clear that he found their lack of poisonous fangs disappointing” (420).

As with Hagrid, we can love Rowling for what she does best while acknowledging her limitations.